The Canadian singer-songwriter Wyckham Porteous came to The Netherlands for a special one-time only concert on 22 March 2014. Few artists would do this, but Wyckham Porteous is a man who gives his all when he is excited about something. And for this concert in The Netherlands he was very excited. He didn’t come alone, he came together with Sean Pugh whom he had met during a stay in Edinburgh. There was a chemistry between the two men and it was Pugh, who is a musician at heart, born from Irish parents, originally from Liverpool and now living in the Scottish city Edinburgh, who recorded the result on a CD while Wyckham was already back in Vancouver.

The concert was an amazing experience. Pugh, as steady as a rock in front of the somewhat scatterbrained Porteous, accompanied him on the piano and Porteous who in his own chaotic way juggled song lyrics, set lists and cords. After a while, the stage floor was littered with paper and other attributes on which he tried not to stumble. But what beautiful songs this man makes and he sings them with such spirit.

Below is a small impression.
The soundcheck for the concert he gave at In The Woods on 22 March 2014:

The song “So familiar” :

During the show he was continuously juggling sheets and attributes and cords on which he almost tripped. It was an entertaining show. For the following song “Song for John” he had help from someone in the audience who acted as a live music-stand.

And the last recording from this concert “The first time”. 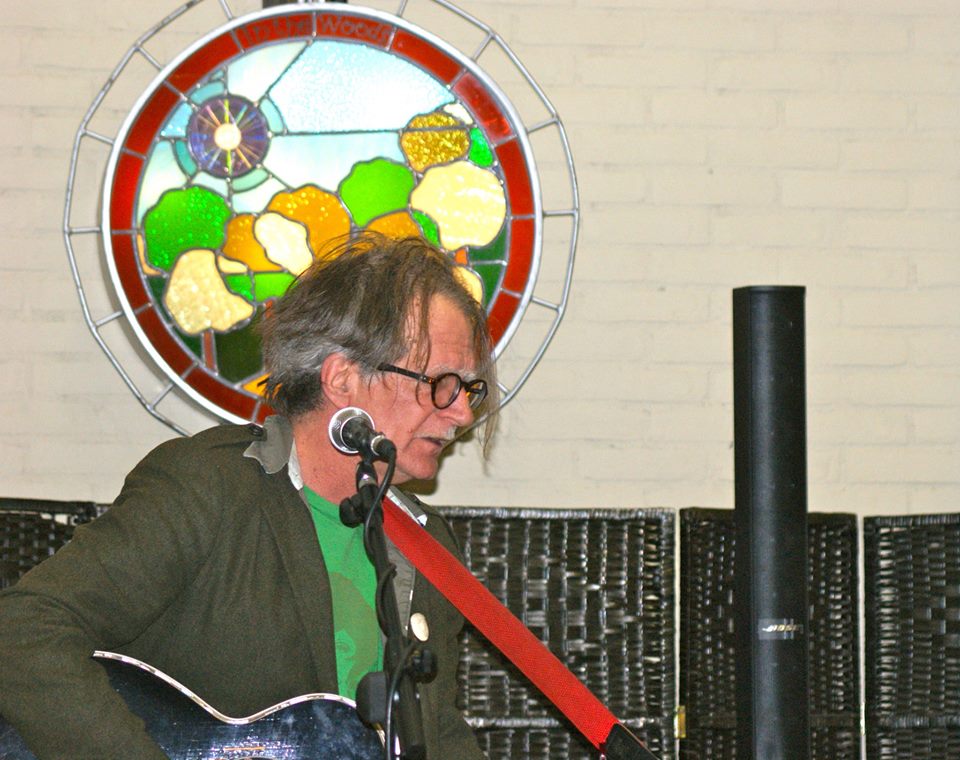 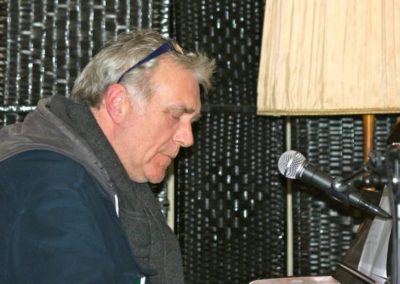 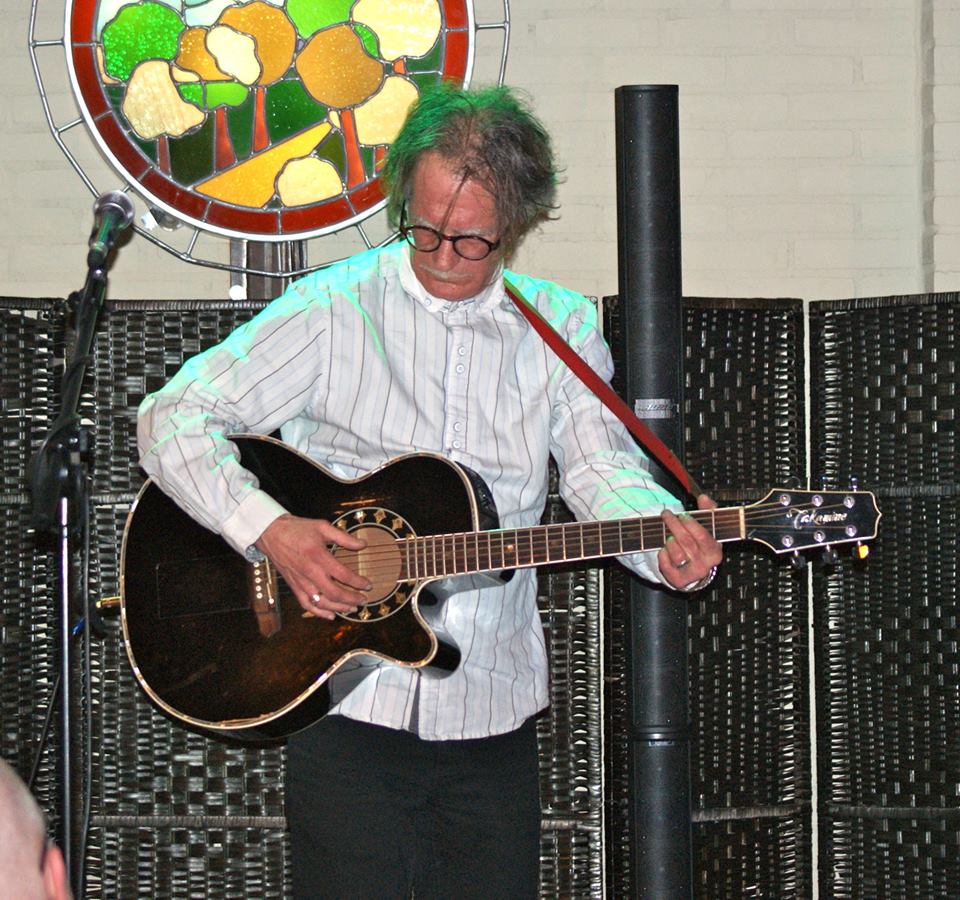 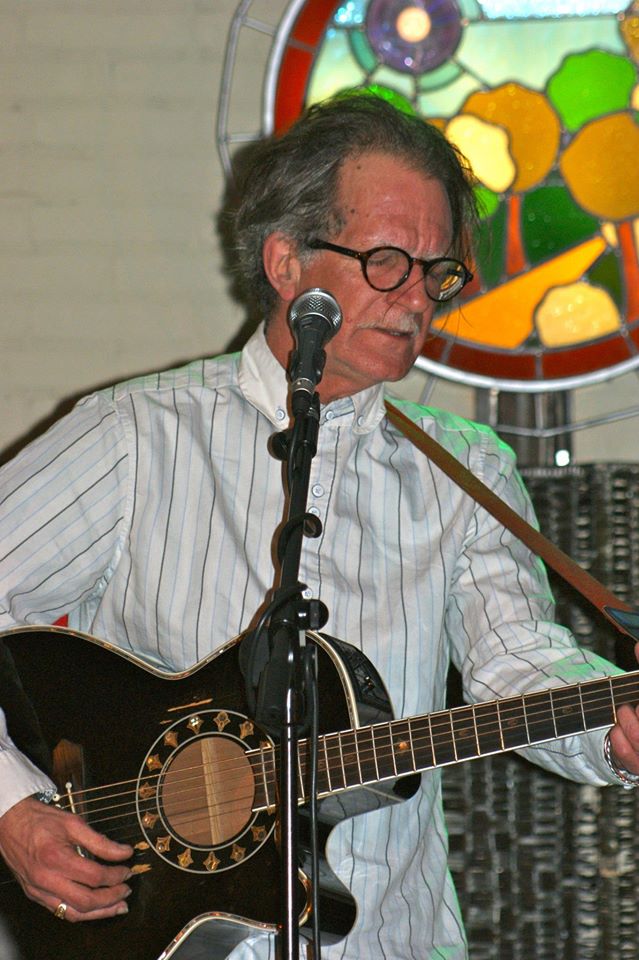 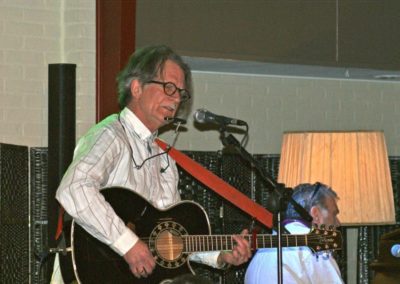 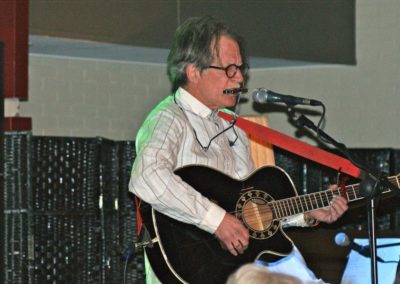 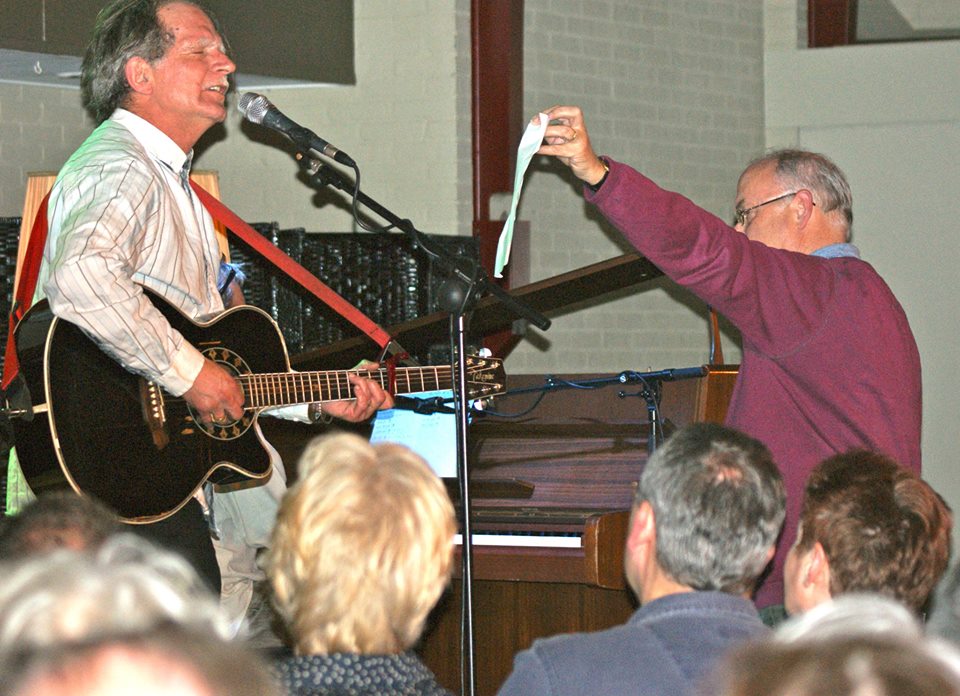 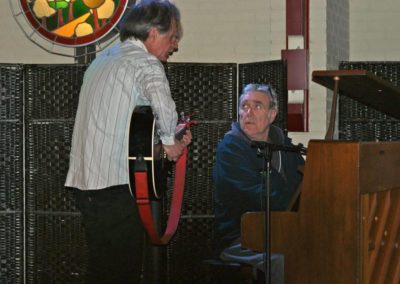