Since 2000 Ira Levin and Julia Bordenaro Levin are not only a duo in daily life but also in the studio and on stage by the name of The Levins (pronounced LeVINS).
Their first album “My Friend Hafiz” from 2013 was a tribute to the 14th century Sufi poet and mystic Hafiz.
Their recently released album “Trust” has many diverse sources of inspiration, from spiritual to worldly and almost anything in between.
“It’s what they have in common AND the diversity that attracts us. Maybe it’s our personal unifying and uplifting string theory. We love the overlapping that occurs. It’s not intentional or premeditated but such a joy when the inspiration occurs. We also have songs inspired by breakfast cereal and Charles Dickens” is a quote from The Levins, which beautifully illustrates their diversity. They really cherish everything that inspires them, the similarities as well as the differences.

The opening number “Trust” is a nice up-tempo song in which one of the characteristic qualities of The Levins immediately shows: the outstanding dual harmonies.
Get over your fears, live, don’t be afraid of change and have faith is the message here.
“I am here and I am needed, I will stand up and be greeted” says the next song and once again the joy of life blows from the speakers.
“Love Song” is a cover from the early 70s of the still active Canadian singer-songwriter Bruce Cockburn. It was turned into a beautiful ballad that will undoubtedly earn Cockburn’s approval. His manager is already excited.
In “Lines in the Land”, written during a trip through the UK, our connection with the Earth is praised. Once again, sparkling clear vocals that gently guide us through the song.
“Stuck” will be very familiar to people who have attained a certain state of enlightenment through spirituality. Self-pity, denial and resistance are looked upon with a smile. All with a lightness that we know from Buddhism or Eckhart Tolle’s “The Power of Now”.

No one other than William Shakespeare is presented as the inspiration for “God’s Spies”. It kicks off almost a cappella and it has a distinct 16th century feel to it, which almost immediately flows seamlessly into the now, still maintaining a certain timelessness.
“I heard an old song, made me leap inside. I thought of you and I laughed and then I cried”. With these words in “Dream Unspoken” The Levins perfectly portray the feeling that can be brought about by listening to an old song, the awakening of a beautiful memory and all the feelings it stirs up. In this manner, even a new song can bring about memories, very well done.
“World of Peace” is a folk song that once again brings up the fear of change, but change or transformation is necessary to attain peace.

The fact that some of the literary giants of this world have had a big influence on The Levins becomes apparent through the richness of their lyrics. Clichés are avoided and there is a lot of poetry in their songs.
This is also apparent in “The Great Constellation” where there is a reference to Herman Hesse and his masterpieces “Siddhartha” and “Steppenwolf”. 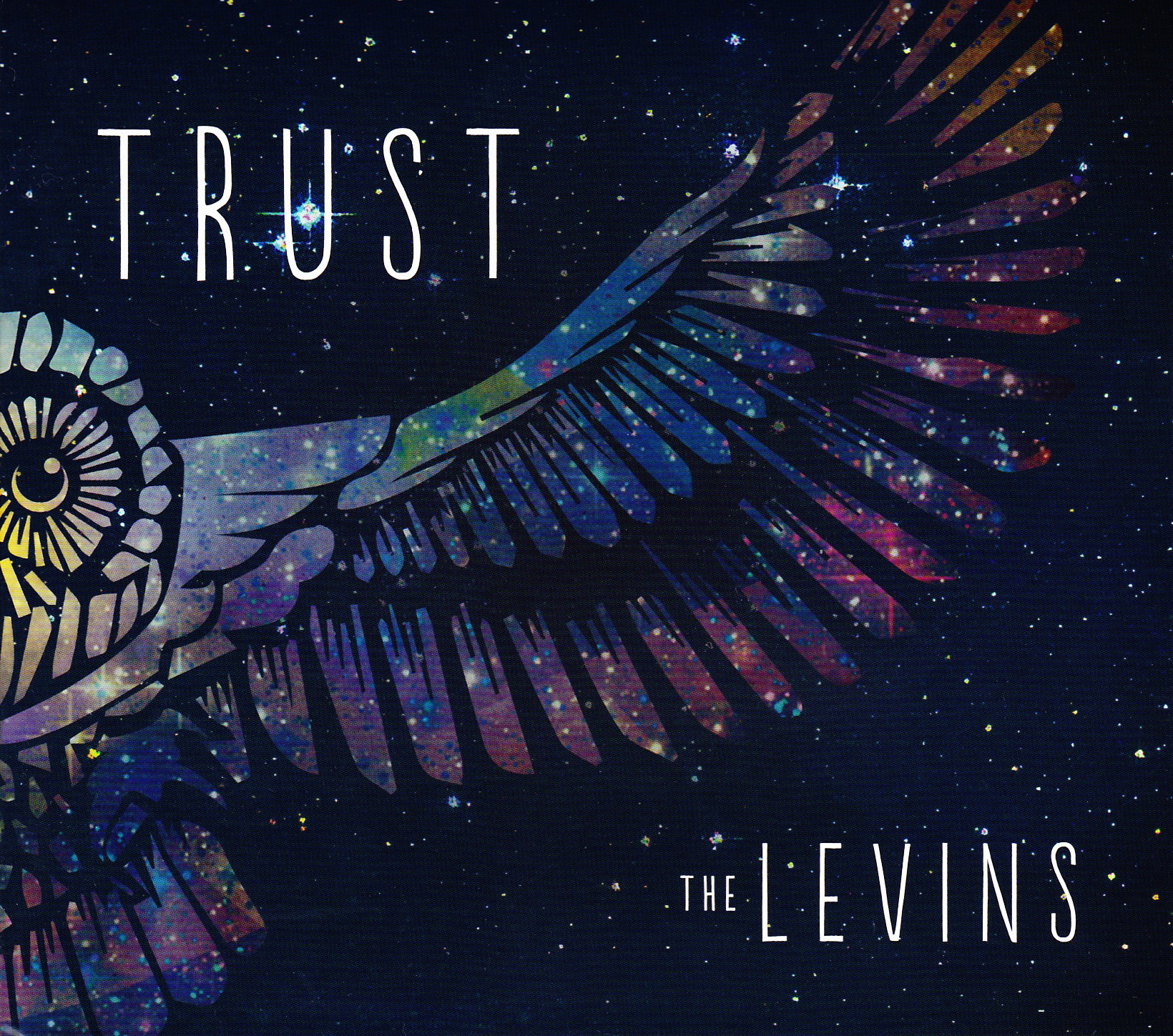 The preference for the tension between opposites and that which connects us all also shows in “Child in Space” where the influence of Stanley Kubrick’s “2001: A Space Odyssey” goes hand in hand with that of the Dalai Lama.
“Relief” is a short but very powerful and comforting hymn about sadness and the power of forgiveness that will lead to redemption. This song will truly move you and make you wish for a longer version.
The closing song “Laugh With Me” is a lighthearted pop song. Despite all the sadness and fears in life there is always the possibility to discover the lightness of existence.

Trust by The Levins is a true exploration that offers new musical and lyrical perspectives each time you listen to it. The vocal harmonies are of world class and sometimes resemble The Roches but they are mostly very original.
Unfortunately, as of yet only American shows have been scheduled, a European tour is not to be expected in the near future.